Behind this old bucket factory facade lies a trendy inner-city house – complete with antique ceiling beams, multiple living areas and a rear made entirely of glass

An old bucket factory has been converted into a trendy three-storey house on the outskirts of Sydney CBD, complete with upstairs and downstairs living rooms, antique timber beams and a rear made entirely of glass.

Built in the 1880s, 38 Foucart Street is regarded as a local landmark in Rozelle in the city’s inner-west, and has been used as a church mission hall and photography studio since it was built roughly 140 years ago.

After falling into disrepair in the second half of the 20th century, the dilapidated warehouse was bought for $950,000 in 2002 by private owners who hired an architect to transform it into a modern family home.

The result of the redesign is a four-bedroom, two-bathroom semi-detached residence overlooking the city skyline, still fronted with the original brickwork and double door of the factory facade.

Scroll down for video 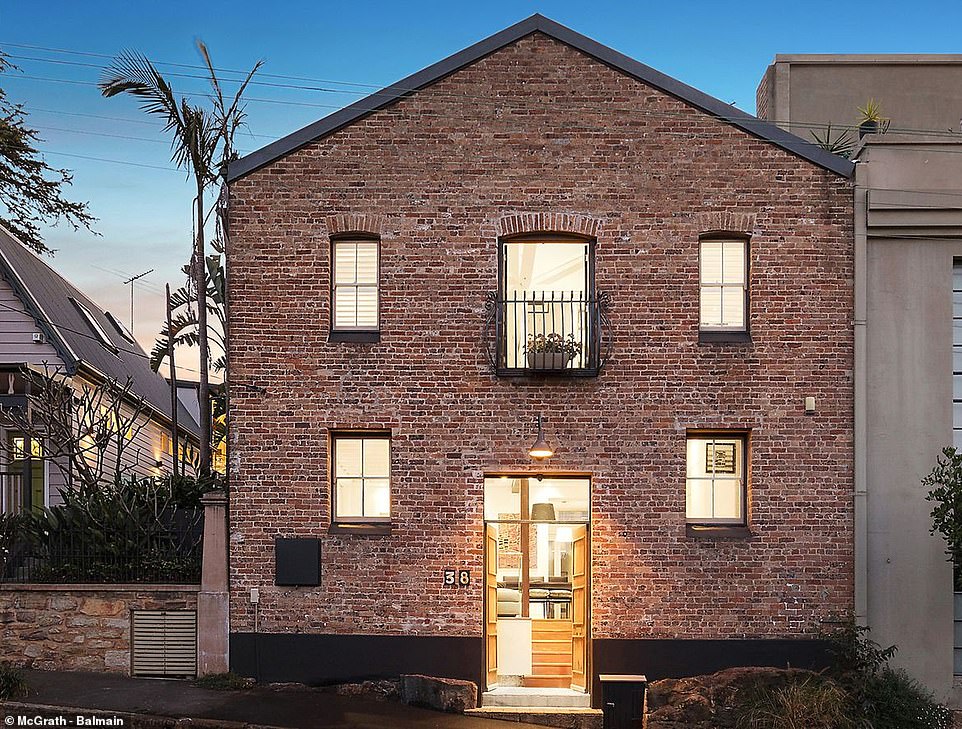 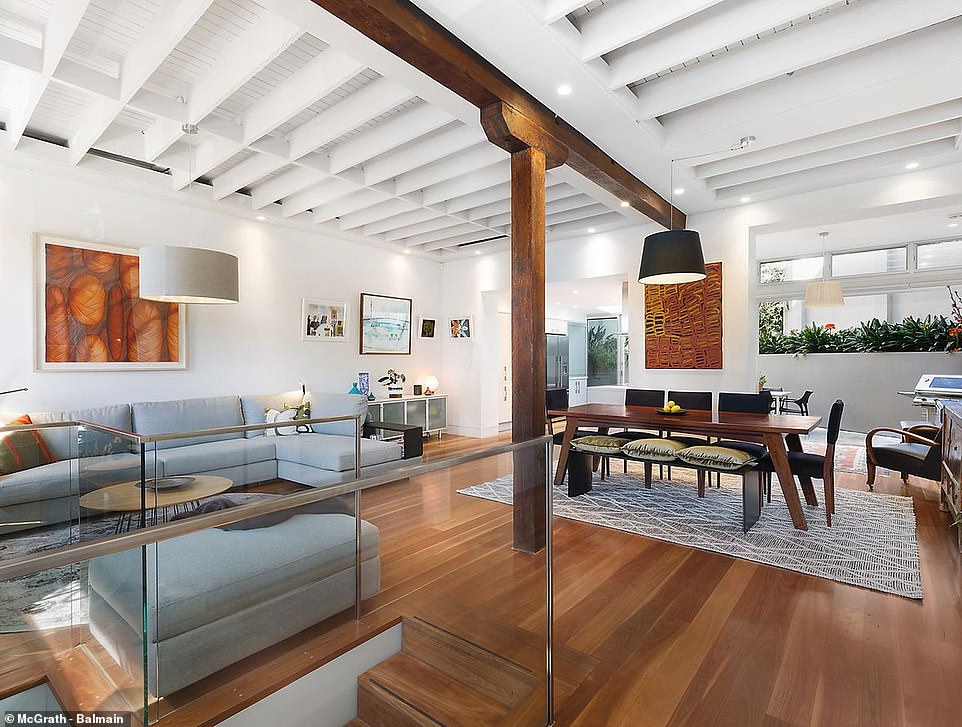 Spread over 173 square metres, the renovated house is described as a ‘sanctuary where space, style and privacy’ are equally balanced.

This is thanks to features like a quiet upstairs living room – perfect for study and reading – and a landscaped garden patio.

Old and new blend seamlessly in the re-imagined industrial block, where a chef’s stone kitchen fitted with high-end appliances and an induction stovetop sits beneath period timber ceiling beams.

That contrast runs throughout, with the historic brick front cleverly juxtaposing the contemporary glass walled rear. 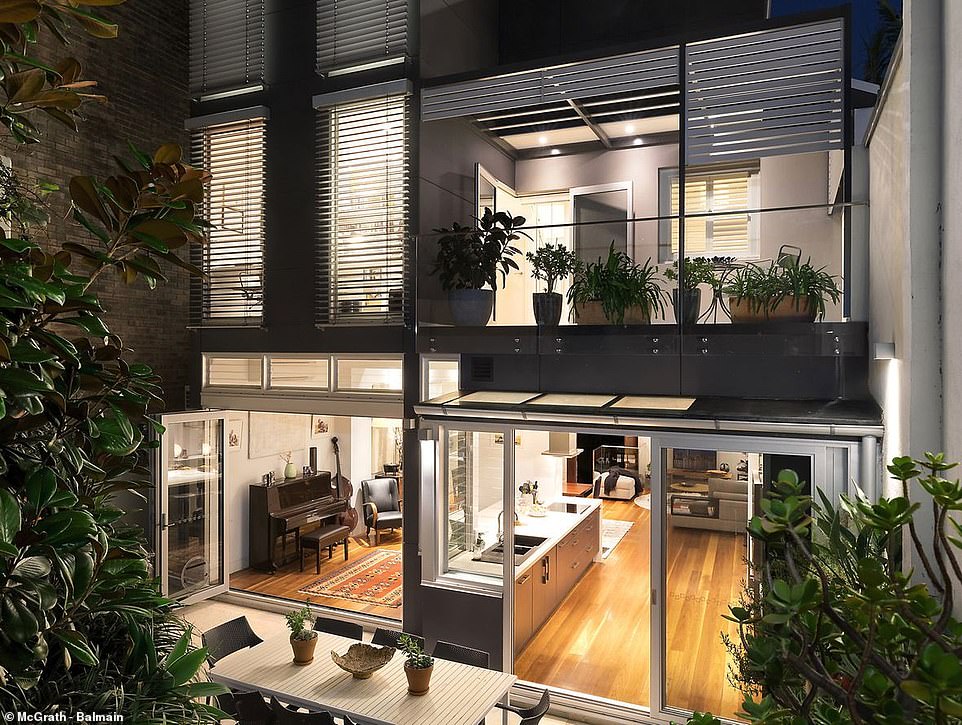 The back of the house, fitted entirely with glass, cleverly juxtaposes the historic brick front 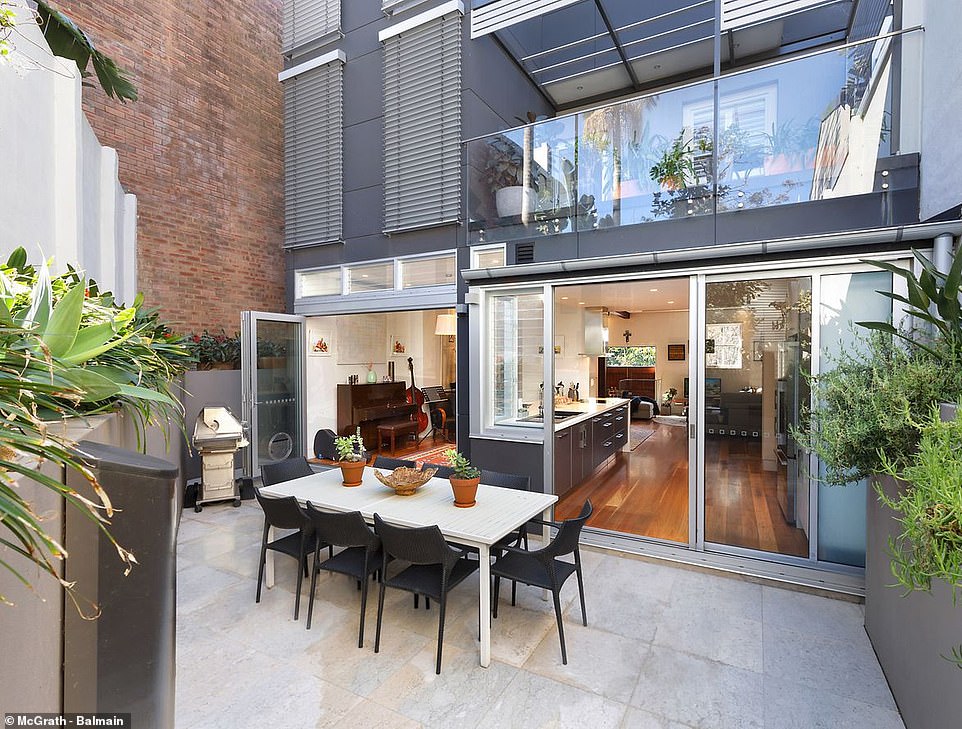 To the rear of the re-imagined industrial block is a landscaped garden patio, ideal for entertainment 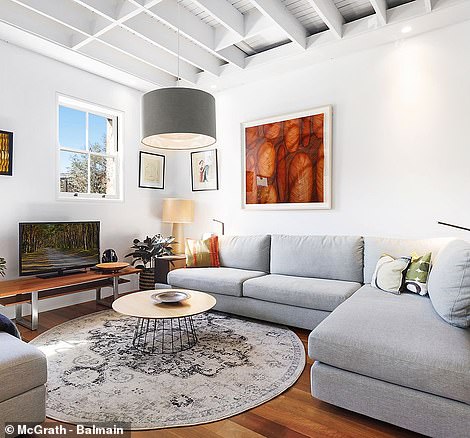 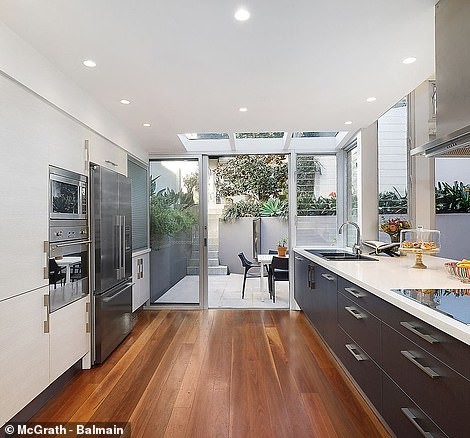 Natural light floods into the downstairs and upstairs living room (left), while the kitchen (right) is fitted with high-end appliances and and induction stovetop

Upstairs, the window of the master bedroom offers unrestricted views of city skyscrapers including the iconic Sydney Tower Eye.

Each of the two bathrooms are decorated in a monochromatic white colour scheme, with luxury fixtures like silver tapware and a hotel-style free-standing bathtub.

Other standout features include a wine cellar and off-street parking.

Listing agent Cindy Kennedy from McGrath realtors called it ‘one of the most unique’ houses to come up for sale in central Sydney for many years. 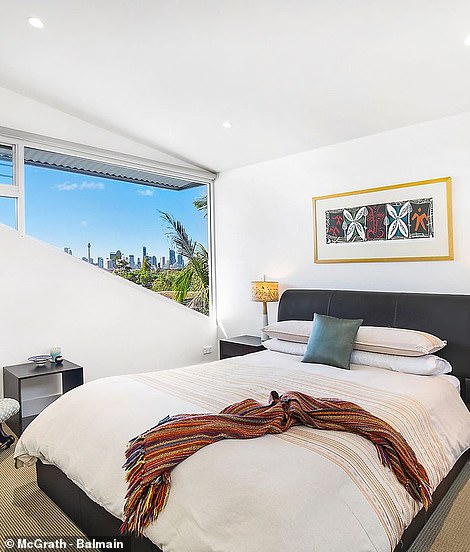 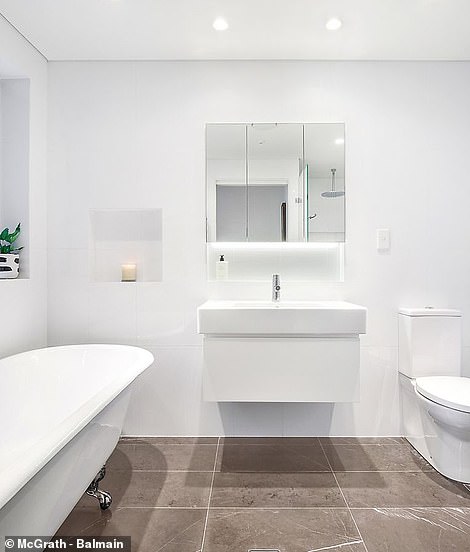 The window of the master bedroom (left) provides an unrestricted view of the city skyline, while each of the two bathrooms (one pictured right) are decorated in a monochromatic white colour scheme, with luxury fixtures like a free-standing bathtub 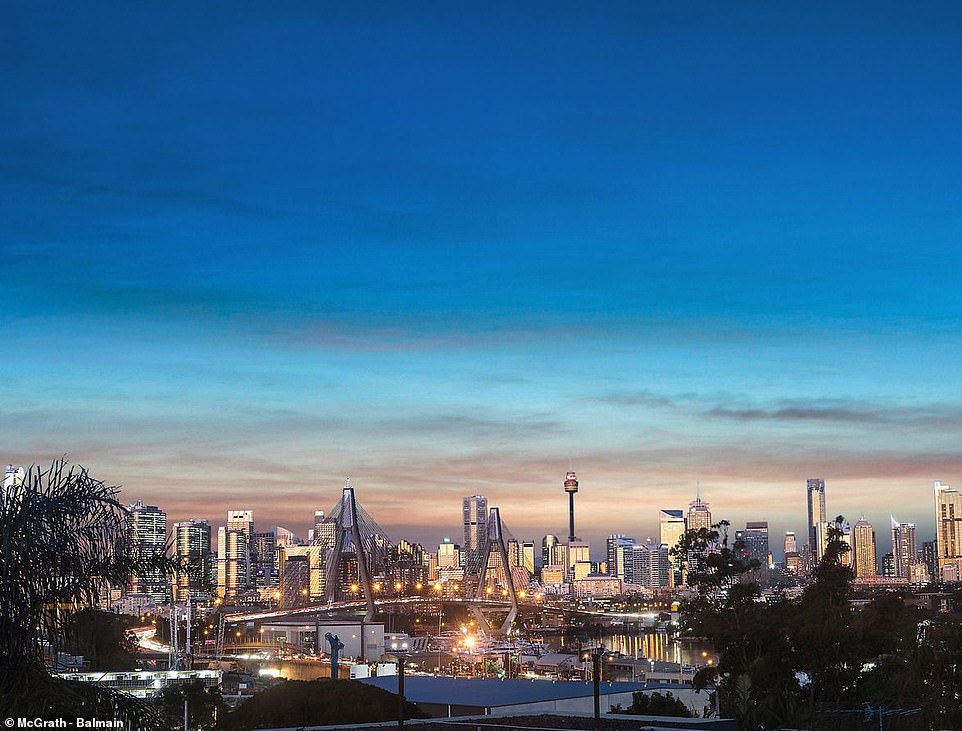 The master bedroom offers views over the skyline of Sydney CBD, which is four kilometres from the factory door

‘The facade is simply divine and it really captures the interest of locals whenever they walk past,’ she told realestate.com.au.

Ms Kennedy described the house as the perfect space for young families, with enough room for kids to play while parents and guests relax in others.

The house has already proved popular among prospective buyers since it hit the market with a guide price of $2.5million last week.

How amazing gadgets are making the world a better place

'Differences all along!' Sturgeon sends barbed warning to Boris over four-nation breakdown 0

Man, 33, is shot in stomach with a CROSSBOW in west London 0

A poll of 2,000 employed adults found nearly a third have felt like they cannot go on at some point in their career due to being stressed and exhau [...]
Read More
Feamil

A Tennessee woman has slammed her gym for promoting sexism and double standards after they told her to cover up the 'three inches' of waist she had [...]
Read More
© 2020 THE TIME POST. All rights reserved. Designed by DIMILI
Go to mobile version