Shopper issues warning after her $6 Kmart candle 'exploded' and left hot wax all over her table - and she's not the only oneA shopper,

A shopper has issued a warning after claiming her $6 scented candle from Kmart spontaneously ‘exploded’, leaving hot wax all over her table.

The woman, from Perth, was stunned to find the remnants of the green pear honey suckle and neroli candle, with broken glasses after the hot jar cracked into pieces.

‘Just a warning to be careful if you are a Kmart candle lover! Exploded and leaked candle wax all over side table,’ she wrote in a Facebook group.

‘Lucky no one was close. Let off a good crack.’ 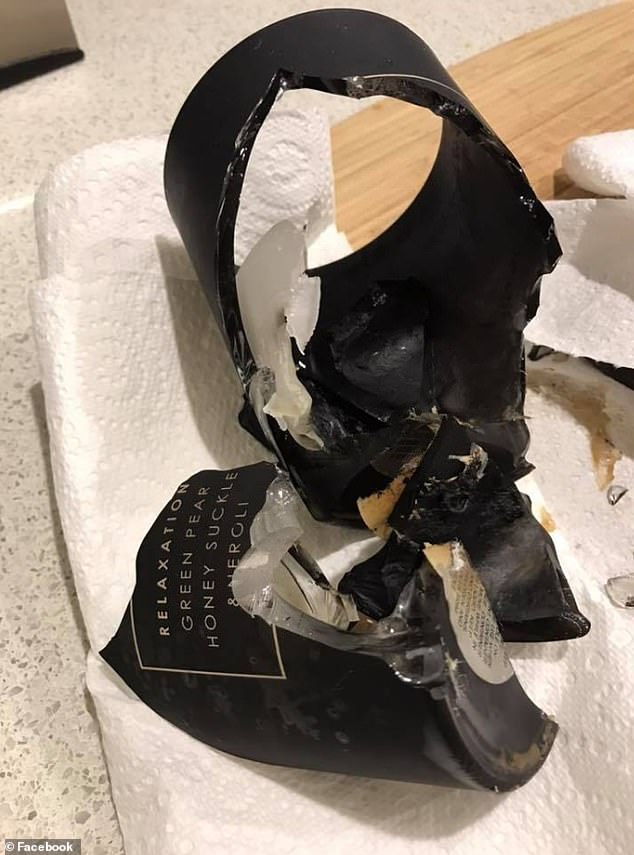 A shopper has issued a warning after claiming her $6 scented candle from Kmart spontaneously ‘exploded’, leaving hot wax all over her table 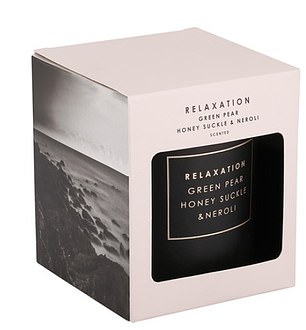 The candle in question is no longer in stock online.

Dozens of people claimed they had a similar experience with their budget candles, while others described the incident as ‘dangerous’ and ‘scary’.

‘This happened to me once and I haven’t brought candles from Kmart since,’ one man claimed, while another said: ‘I had this happen with this candle too.’

Many quickly pointed out an overlong wick or not enough wax can cause the candle’s glass surround to shatter.

‘I had this happen with this candle [from Kmart] too. I didn’t have a lot of wax left in it though so I assumed it was because of that… I was silly,’ one woman admitted.

A second woman said: ‘If there’s not much wax left in them the glass, it gets too hot and will explode.’

A third woman added: ‘There’s many factors to how this can happen. Wick size is a big issue in the Kmart candles. We should be trimming wick when necessary to avoid the flame being so huge. This makes it less hot and less likely to shatter the glass.’

Others defended the retailer, saying Kmart should not be blamed as other expensive brands are also prone to overheating and exploding. 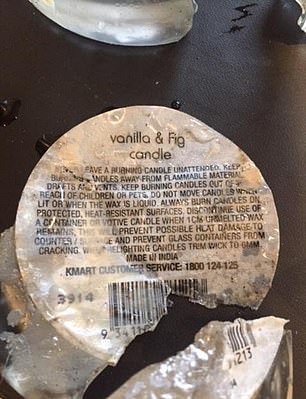 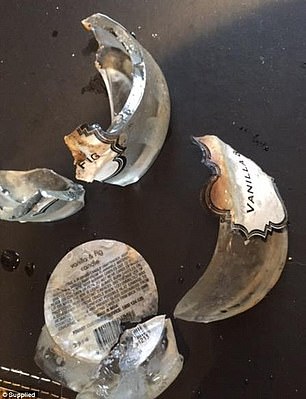 In 2016, a shopper claimed he suffered serious burns to his hands after he tried to stop a $6 candle from Kmart from setting his home on fire after the glass ‘exploded’ in his bedroom

‘I’ve had this happen with another branded candle and the response from the company was that once it gets to a certain point at the bottom to no longer burn as the wax is no longer able to keep the glass cool while lit,’ one woman said.

‘Stupid I know, best believe I’ve not bought one since.’

And a second woman said: ‘I have had this happen with a candle from another brand. It can happen with any of them.’

In another post on social media this week, one shopper claimed her 75 cent scented candle from Kmart left a ‘petrol’ smell.

‘I brought the salted caramel candle today and lit it up for an hour. It smelt amazing but I had to leave so I blew it out. When I came home my house smelt really badly of petrol,’ she claimed.

In October 2016, a shopper claimed he suffered serious burns to his hands after he tried to stop a $6 candle from Kmart from setting his Gold Coast home on fire after the glass ‘exploded’ in his bedroom.

The man told Daily Mail Australia at the time there was and a ‘huge, uncontrollable flame’ that almost touched the ceiling coming from what was left of the candle.

‘While trying to avoid burning the house down I tried to blow the candle out but to no avail and had no option but to pick it and run to remove it from danger,’ he said.

However, he dropped candle as it burned his hands, leaving wax and glass all over a hallway while his wife rushed him to hospital.

‘We test our candles, list safety instructions and when adhered to the product is safe to use,’ a Kmart Australia spokesperson told Daily Mail Australia in 2016.

‘We encourage all those who own a candle to review these instructions as a safety precaution.’

Loading...
Newer Post
Millions of women lose out as judges dismiss fight over pensions
Older Post
Mum-of-twins creates stunning nursery for her sons thanks to B&M bargains– and they won’t grow out of it for years 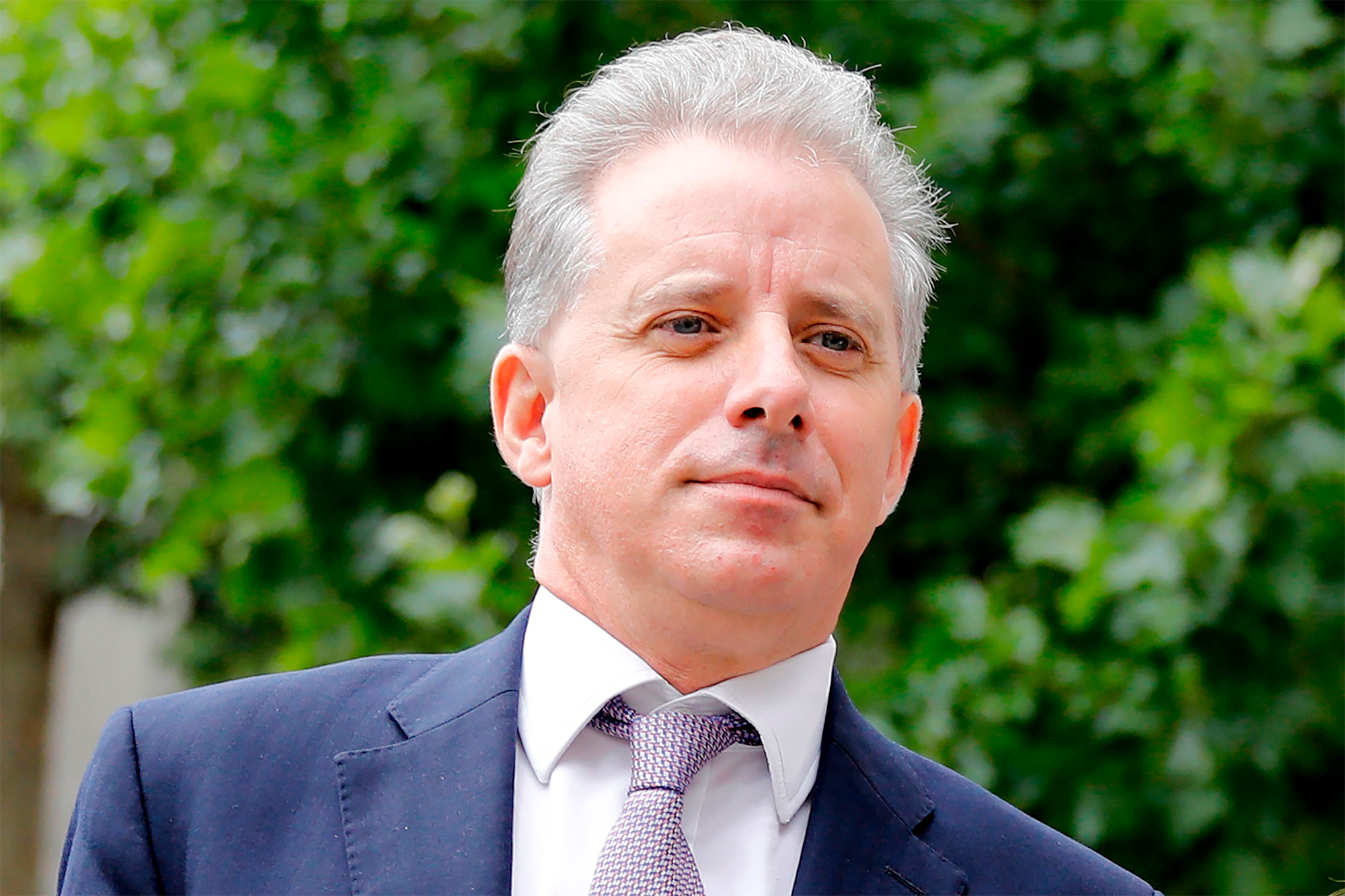 A Trump-Biden Split Screen on Climate 0

Pubs 'could close for good' in the event of second lockdown, experts warn 0