Millions of women lose out as judges dismiss fight over pensions

Millions of women saw their hopes dashed after judges dismissed an appeal against controversial changes to the state pension age. But campaigners h

Millions of women saw their hopes dashed after judges dismissed an appeal against controversial changes to the state pension age.

But campaigners have vowed to press on and take their case to the Supreme Court. 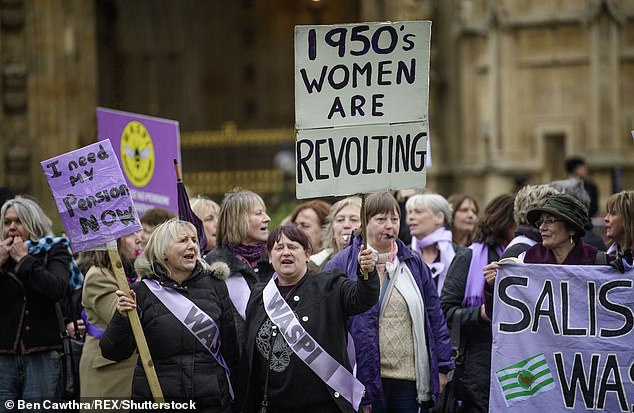 Julie Delve, 62, and Karen Glynn, 63, took the Department for Work and Pensions to the High Court last year.

They claimed the rise unlawfully discriminated against them on the grounds of age and sex and that they were not given adequate notice of the changes.

Judges dismissed their case in October, but the pair, supported by campaign group BackTo60, mounted a Court of Appeal challenge.

Representing the women at the two-day hearing in July, Michael Mansfield QC said the changes had been ‘catastrophic’ to those affected. He told judges women had been left ‘economically and emotionally’ disenfranchised.

They found that introducing the same state pension age for men and women did not amount to unlawful discrimination.

And in their judgement published yesterday morning, they said that ‘despite their sympathy’ for the women, they were ‘satisfied’ that this was not a case where the court could interfere with decisions ‘taken through the Parliamentary process’. 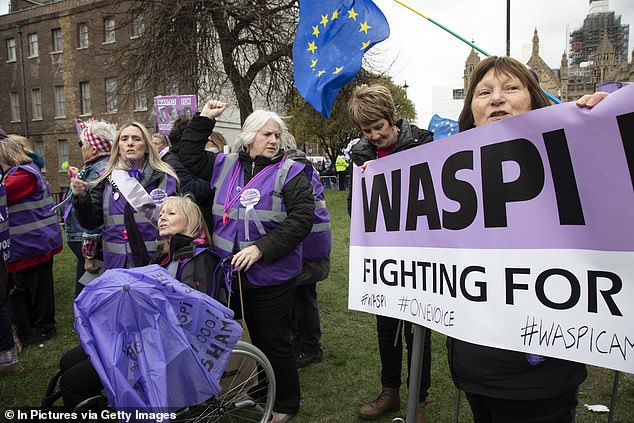 The group wants those affected to be fully reimbursed for the payments they expected to receive from 60. But the Government has warned this could cost £215billion.

Mrs Welch said: ‘We will not retreat from this and we will achieve full restitution by hook or by crook. We will be taking this to the Supreme Court.’ 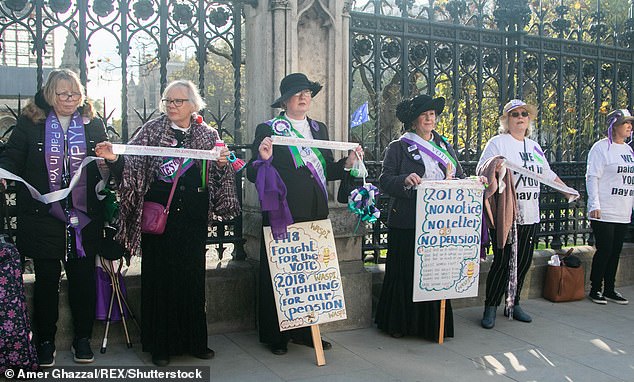 From next month both men and women will have to wait until they are 66 to receive their pension and the age is set to continue to rise to 68.

Mrs Delve expected to receive her state pension when she turned 60 in 2018, but as a result of the changes she will have to wait until she is 66, in 2024.

If the group wishes to take the case to the Supreme Court, it will need to submit a permission-to- appeal application, which will then be assessed by three judges – a process that could take months. 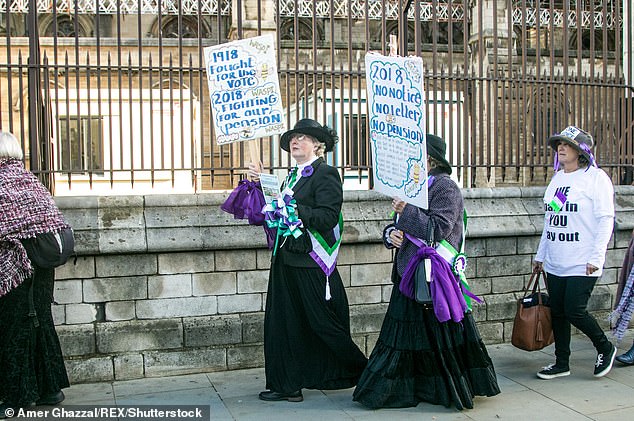 It hopes that an ongoing Parliamentary and Health Service Ombudsman investigation into whether six 1950s women were let down by how they were told about the changes could lead to compensation in the future.

But unlike BackTo60, the group is not asking for all the money women would have received from the age of 60 to be paid back.

After the ruling, Jonathan Reynolds MP, shadow secretary of state for work and pensions, said: ‘It is unacceptable that 1950s women have been forgotten by the Conservative government, both within the crisis and out.’

Unison assistant general secretary Christina McAnea said: ‘For a generation of women, this is nothing short of a disaster.

‘Raising the state pension age with next to no notice has had a calamitous effect on their retirement plans.’

A DWP spokesman said: ‘Both the High Court and Court of Appeal have supported the actions of the DWP, under successive governments dating back to 1995, finding we acted entirely lawfully and did not discriminate on any grounds.’ 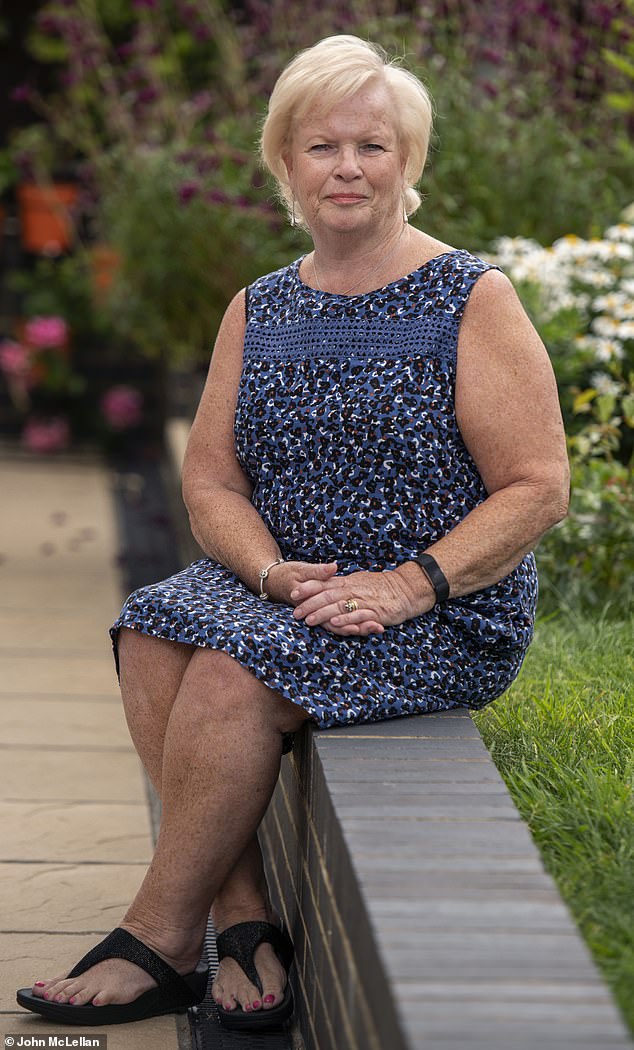 Maggie Briley (pictured), 65, says she had no idea she would not receive her pension at 60 until she was 54

Maggie Briley, 65, says she had no idea she would not receive her pension at 60 until she was 54.

The mum of two, left, of Leigh-on-Sea, Essex, gave up her sales consultancy role in 2008 to retrain as a tutor and work part-time.

She planned to use her free days to help her daughter Kerry, with childcare and look after her mother.

She says she has lost £50,000 and that she and her husband Gary, 68, have had to downsize and take her private pension early.

‘It was a kick in the teeth when I heard about the judgement today,’ she added.

BEN WILKINSON: This burning injustice isn’t over yet

The justice system might not seem so fair today for the millions of women kept waiting for their state pensions for up to six years longer than they expected.

The Court of Appeal judges were brutally unanimous in their rejection of the legal challenge against the hike in the state pension age for 1950s-born women.

The decisive ruling dashes the hopes of many hard-up women now forced to work longer or retire with less. However, we can be sure that the dogged campaigners will not be deterred.

The Backto60 group has already indicated it will appeal to the Supreme Court – and it has an army of supporters willing to help pay for the pricey services of a top lawyer.

But campaign leader Joanne Welch yesterday admitted that the women who funded the legal action could ‘barely afford’ to donate.

A glance at the group’s fundraising page shows it has collected more than £200,000 so far.

Yesterday’s crushing defeat – which rejected claims of discrimination outright – means the group should now think hard before asking victims of the law for more money.

Instead, perhaps it is now time to try a different angle of attack? Experts have told me that the Government’s handling of the sorry saga was not discrimination – but rather maladministration.

Many women affected by the law change say they were simply never told that they would not get their state pension at 60.

The Department for Work and Pensions says all women were sent letters, but the department does not have a great track record in communication.

Money Mail has run stories this year on the married women now receiving windfalls because they had no idea they had been entitled to a bigger state pension for years. DWP errors meant some women missed out on tens of thousands.

It doesn’t fill you with confidence. We also reported this summer how some wives were unaware they could claim a better pension based on their spouse’s rate – as the letter informing them of their right to claim was sent to their husband.

Perhaps the real injustice was the failure of government to ensure every woman affected knew what was coming?

Yesterday’s ruling might have discounted the case for discrimination, but 1950s women won’t be ready to give up just yet.

COVID update: Are your symptoms caused by a cold or coronavirus? Signs of infection 0