Why is China worried about India, US, Japan, Australia’s joint military exercise?

After nearly 13 years, the Indian Army, the United States, Japan and the Australian Army are joining the Quad countries’ joint military exercises. The exercise will take place next month in November in the Bay of Bengal and the Arabian Sea. It is officially known as the ‘Malabar Exercise’.

There has been a lot of reaction in China as well. As for Australia, it withdrew from the joint military exercise in 2007. But it is thought that re-engagement in the exercise will strengthen the Quad nation. The Quadrilateral Security Dialogue, held in Tokyo, Japan, on October 6 this year was significant in many ways.

According to Zhang Jiadong, a professor at the Center for American Studies at Fudan University, the meeting of the foreign ministers of the four countries in this time of the Corona epidemic sends a lot of messages. The meeting could have been held through video conferencing, but instead the leaders themselves preferred a sophisticated meeting.

According to Professor Jiadong, Japanese Prime Minister Yoshihide Suga has called for a “free and fear-free” Indo-Pacific region. But the reason was only one country, China.

Relations between India and Australia have not improved much, which is why Australia withdrew from the exercise in 2007.

But after the October 6 meeting, Australian Defense Minister Linda Reynolds said in a statement that the four Quad countries had agreed to increase mutual trust in democracies in the Indo-Pacific region. Military affairs expert Ajay Shukla wrote on his Twitter handle: ‘Everything is forgiven now. Now the quad is complete. In 2007, Australian Prime Minister Kevin Rudd came out to please China.

However, the Chinese newspaper Global Times quoted its Foreign Minister Wang Yi as saying that the four countries want to form an alliance like NATO through Quad.

But Manoj Joshi, a senior journalist and foreign affairs expert, said the agreement would have been reached if the four countries had issued a joint statement after the Tokyo summit.

He said: “After this meeting, all the countries issued statements at their respective levels. That is, one meeting and many statements. No single statement can be agreed upon. If a joint statement had been issued, the meaning would have been different.

He says Australia has always wanted its “grandfathering” in the Western Pacific. So he went out of the quad.

He said: “When it comes to ‘white supremacy’, this feeling is more prevalent in Australia than in the United States. But the big thing now is that Australia is back in the quad. This clearly means that he is also concerned about China’s behavior.

Similarly, strategic affairs expert Sushant Sareen said that the ‘Malabar exercise’ is not just an exercise but through it four countries like India, USA, Japan and Australia want to send a strong message.

He said: “If these four countries live together and Australia does not secede again, then these four will definitely emerge as a major power in the region. However, the quad is currently limited to military exercises. That is enough because at least all these countries are making their position clear and giving a message.

Professor Huang Yunsang, associate dean of the School of International Studies at Sichuan University in China, says it is not in the interest of any of the four countries to oppose China.

“It is unfortunate that the Quad countries are using the confrontation with China to cover up their failure to fight the Corona epidemic,” he said.

He said the meeting was being held to strengthen the notion of less reliance on China for more security. In fact, international organizations such as the World Health Organization (WHO) are taking a very different view.

According to Professor Huang Yunsang, “it is uncertain how effective the US-led supply chain will be.”

Despite low hopes for success, the four countries are forced to reduce their influence because they are the ones whose economies are most closely linked to China. 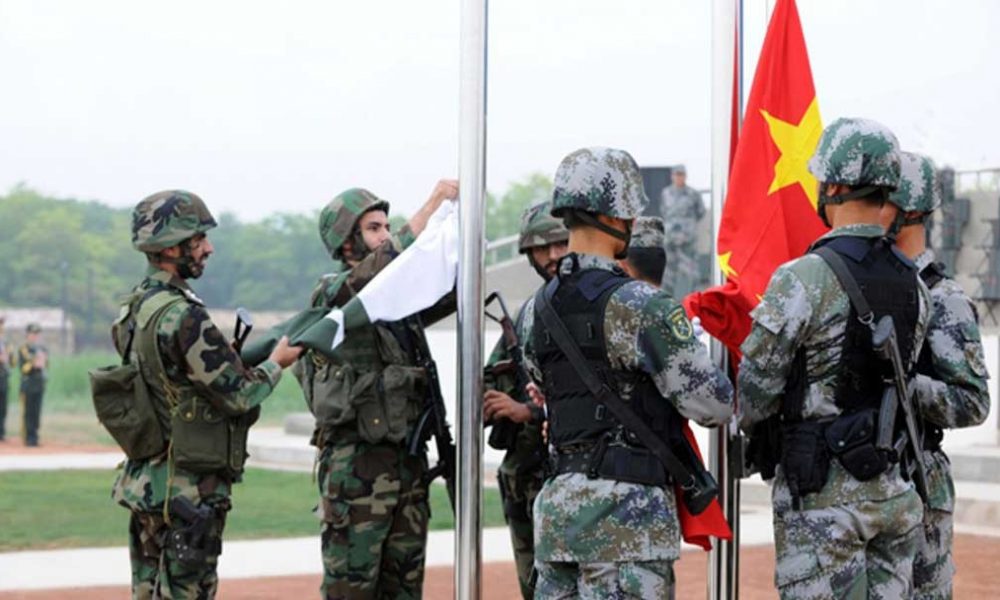 About half (48.8%) of Australia’s total exports go to China

Bilateral trade between China and Japan was 7 317 billion in 2019, accounting for 20% of Japan’s total trade

Despite a trade war between the United States and China, bilateral trade was 55 558 billion in 2019, excluding the services sector.

As of July this year, bilateral trade between China and the United States was over 29 290 billion

It is clear from these facts that it will not be easy for these countries to get rid of China and it may take years to achieve this. If we talk about the supply chain, there can be a lot of problems.

On the other hand, India has banned many Chinese apps and the Modi government has spoken of self-sufficiency and self-reliance in May with the aim of reducing Chinese imports.

The United States has been building a tariff wall against China since 2018. Japan is working on a plan to bring back companies with production units in China, and Australia has stopped threatening China.

In India, too, Chinese imports have not declined much, and experts say the two countries could return to normalcy in 2017 after tensions in Doklam eased after border tensions in Ladakh eased.

Professor Huang Yunsang believes that India can also show leniency for China in the days to come. 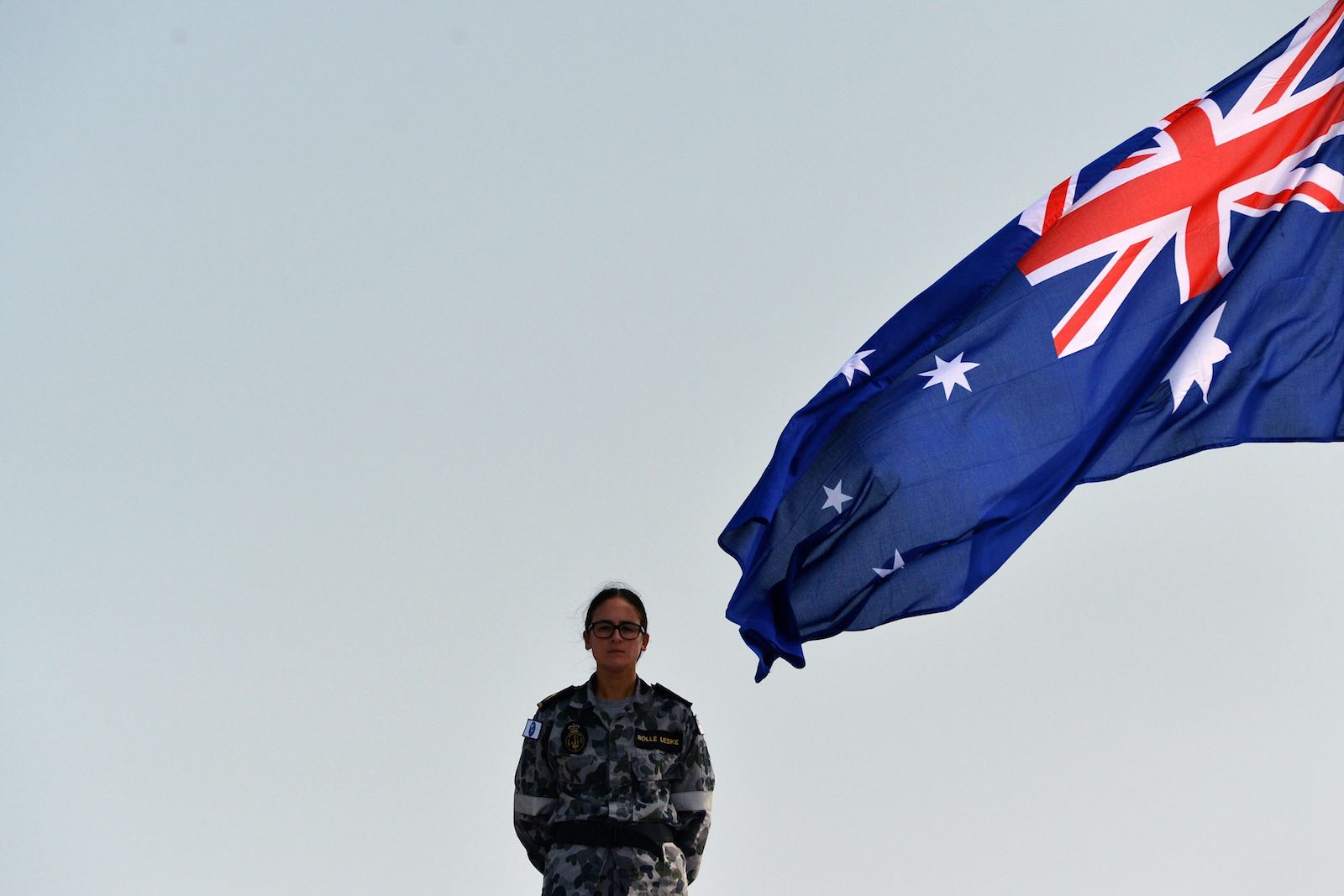 In addition, there are differences of opinion among the Quad countries on some issues.

According to Finance Ministry sources, India and Japan have deep ties but there are differences on small issues.

“Japan wants to export chicken,” a finance ministry official said. In this too, he only wants to send select pieces because Japanese citizens do not like chicken thighs, they like chest part. We told them that you want to send us league pieces because they are of no use to you.

However, the Finance Ministry rejected the proposal as it could destroy India’s poultry industry.

Professor Huang Yunsang says that if the quad countries take any action against China, China’s strategy will also change. It is likely that China will also take steps to reduce its dependence on quad countries.