A 38-year-old musician-turned-politician is looking to unseat Uganda’s longtime-president, Yoweri Museveni, as the country headed to the polls on Thursday.

There had been no signs of any violence in the capital, Kampala, during voting Thursday morning.

Bobi Wine, whose real name is Robert Kyagulanyi, said the 76-year-old president could not offer Ugandans the change they want after 35 years in power amid high unemployment and ballooning public debt. Museveni, without offering any evidence, said Wine is backed by foreign governments and homosexuals. 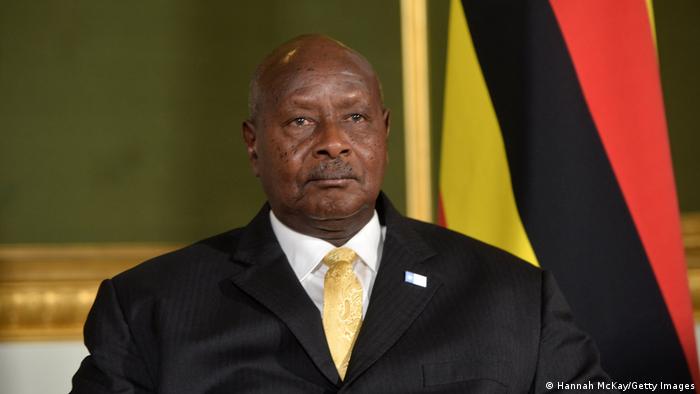 DW’s Julius Mugambwa, reporting from Kampala, said there have been delays to the start of voting in the Ugandan capital.

“The main reason given out was that the biometric system supposed to be used by the electoral commission has also been affected by the internet blackout,” he said.

Mugambwa reported that Wednesday’s web shutdown has made it difficult to find out what is happening in other parts of the country.

Many voters had relied on social media for information in the midst of the coronavirus pandemic.

“That has compromised the need to monitor the situation elsewhere,” he said.

Wine took to Twitter late on Wednesday to hit out at the internet blackout, branding Museveni a “dicatator”.

Who can vote, when are results expected?

Election officials expect results will be announced within 48 hours of polls closing at 1300 UTC.

The winning candidate must pick up more than 50% of ballots cast to avoid a runoff vote.

Some voters hungry for change

Joseph Kinobe, 40, a mason waiting to cast his ballot for Wine, said he was desperate for change.

“I’m tired of Museveni because he has no new ideas,” he was quoted as saying by Reuters.

The hotly contested presidential vote, which is taking place at the same time as parliamentary elections, has been marked by a government crackdown on its rivals.

Wine, the frontrunner amongst 10 opposition candidates, has been arrested on numerous occasions since becoming an MP in 2017.

His supporters and campaign staff have also been taken into custody.

The government says it is stopping illegal gatherings during the COVID-19 crisis.

The opposition said the bans on rallies in some parts of Uganda are a smokescreen for repression.

At least 54 people were killed in Uganda in November as security forces put down riots provoked by Wine’s arrest.

He was detained for allegedly violating campaign regulations aimed at preventing the spread of the coronavirus.

“If you try to disturb peace, you will have yourself to blame. The security forces, following the law, are ready to deal with any troublemaker,” Museveni warned this week.

Fears of an unfair poll

The US will not be sending any election observers to monitor the fairness of the poll, citing interference from Ugandan authorities.

Ugandan elections are often marred by allegations of fraud and alleged abuses by the security forces.

The country has never witnessed a peaceful handover of power since its independence from Britain in 1962.

Police and National Guard troops were deployed Sunday to fortified US government houses around the country in preparation for a potential wave of...
Read more
News

Brazil's vaccination program has begun in earnest after its health regulator granted emergency approval for the use of the China's Sinovac and Britain's AstraZeneca...
Read more
News

At least 12 workers who were trapped underground due to an explosion at a gold mine in eastern China are believed to be...
Read more
News

Only a minority of Germans back Armin Laschet as the conservative candidate to succeed Angela Merkel in elections later this year, according to...
Read more

MARTIN KEOWN: Luke Shaw put in his best performance in a Manchester United shirt at Anfield

MARTIN KEOWN: Luke Shaw put in his best performance in a...
Read more

Police and National Guard troops were deployed Sunday to fortified US government houses around the country in preparation for a potential wave of...
Read more

MARK CLATTENBURG: Paul Tierney should have let Sadio Mane get his chance

MARK CLATTENBURG: Paul Tierney should have let Sadio Mane get his...
Read more

Brazil's vaccination program has begun in earnest after its health regulator granted emergency approval for the use of the China's Sinovac and Britain's AstraZeneca...
Read more

Arsenal are targeting Manor Solomon, but who exactly is the 21-year-old?

Forget the January transfer window, Arsenal have already started planning for the summer by lining up an offer for Shakhtar Donetsk winger Manor...
Read more

MARTIN KEOWN: Luke Shaw put in his best performance in a...

US states see small protests ahead of Joe Biden inauguration |...

MARK CLATTENBURG: Paul Tierney should have let Sadio Mane get his...