The Time Post
Home News US Presidential Election 2020 Results: Why No Decision So Far?
NewsU.Susa

US Presidential Election 2020 Results: Why No Decision So Far?

You might expect that by now there will be some kind of final indication of the outcome of the US presidential election, i.e which candidate is going to win the election.

You might expect to get some final hints about the outcome of the US presidential election so far. At the moment we don’t know who is going to be the next US president because there aren’t many votes to count yet. There is a clear indication as to which of Donald Trump or Joe Biden will win.

In fact, due to the time it takes to count a large number of postal votes in an election during this epidemic, it may take several days for the final results to come out.

And if the results are legally challenged by a candidate, it can take weeks for a decision to be made.

So can’t anyone guess?

To become president in the United States, you don’t really need to get the popular vote, meaning the one who gets the most votes will win. Instead, in a system called the Electoral College, a candidate has to get a majority. Under the Electoral College system, each US state receives a certain number of votes or ‘electoral’ in proportion to its population.

So if you win this state, you get the allotted number of votes for that state. The total number of Electoral College votes across the United States is 538, and the presidential candidate who receives 270 of these votes will win.

However, some states are crucial, with voters making the final decision. These are swing states, ie states that are not the stronghold of a particular party. 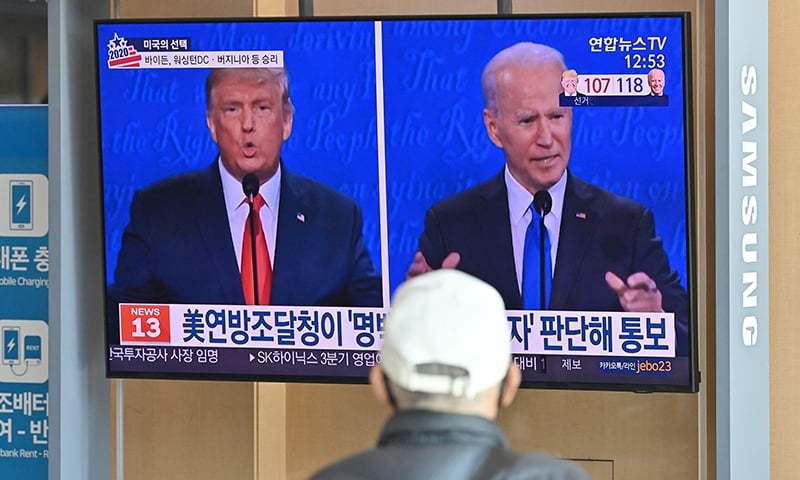 Biden and Trump are predicted to win from the states where they were expected to win easily.
There is still a lot of competition in some of the major competitive states
In some of these fiercely contested states, officials have not yet begun counting postal votes, and these postal votes could change everything.
Let’s look at some of these states

Florida: Donald Trump was predicted to win from Florida, here in Miami Dead County he is expected to get Cuban American votes.

Arizona: The state has not voted for Republicans since 1996, but it could now be beneficial for Biden, as he has spent significant time campaigning with young progressive Latinos living there.

Wisconsin and Pennsylvania: These states have not even begun counting postal votes and may take a few days.

Donald Trump is performing better than expected and Joe Biden has failed to win the states where the vote count was completed quickly, which means more uncertainty, as some key states are still Awaiting results.

Trump ally Senator Lindsay Graham is likely to win against her Democratic rival Jim Harrison in South Carolina, a contest that at one point looked like he would lose.

Even in the race for control of the Senate, Democrats lost their weakest seat to Alabama, but Colorado came to the Republicans.
Following the election of Sarah McBride from Delaware, the United States has one of the most transgender elected officials in the world.
So what happens now

We may not know for days. The contest looks set to turn into a postal vote count, which has yet to be counted in places like Michigan, Wisconsin and Pennsylvania.

The court can be involved in this matter. Donald Trump has said in the past that he would take legal action if he lost by a narrow margin. This means that the final decision may take weeks.

Will uncertainty lead to unrest? Certainly uncertainty is bound to arise, although many Americans have spoken out about their concerns, but it is too early to say whether there will be any particular unrest or not. Which candidate is going to win?

Facebook
Twitter
Pinterest
WhatsApp
Previous articleWho did presidential candidate Kanye West and his wife vote for?
Next articleUS: What if the presidential election results are controversial?